Playing a bit with Java and Swift, I built two small apps for iOS and Android and solved a problem of mine: With “That’s What She Said” you receive the text of any voice message without listening to it.

You need to send the voice message you have to an iOS action. Depending on the app this opens behind a button called “Share”, “Forward” or “Export”.

If you tap on it, the iOS actions open where you can choose That’s What She Said:

The transcribed text is shown after a few seconds as a notification: 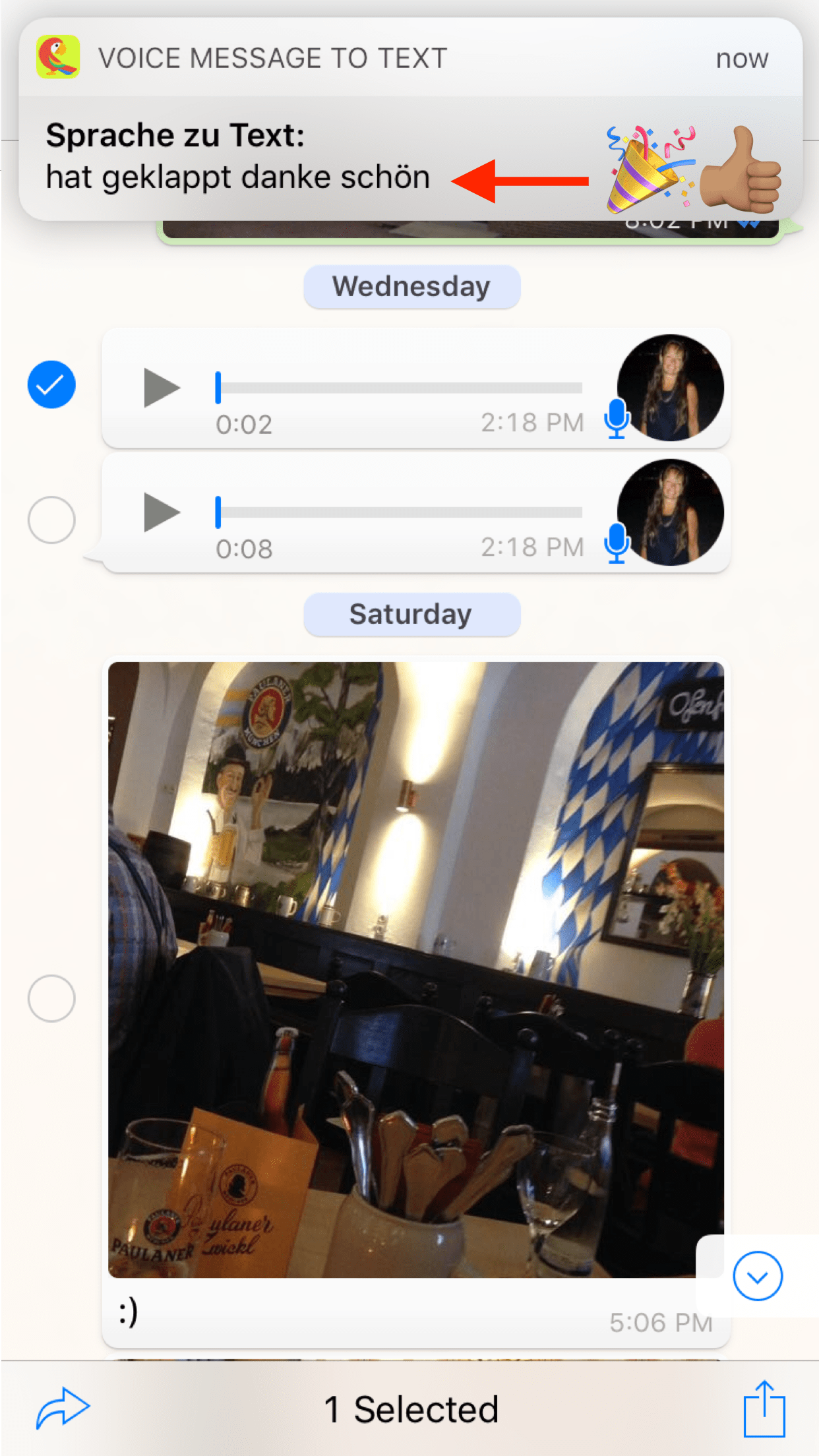 Most apps should word since it only needs to support iOS actions. Those appear usually if you tap on “Share”, “Forward” or “Export”. I tried it succesfully with:

One notable exception is the Apple Messages app. I couldn’t find any way to share or export a voice message in this app.

Depending on the audio format voice is either sent directly to Google’s (for Opus and Flac) Speech Recognition service or Apple’s (all other audio formats). No other data is transmitted or stored.